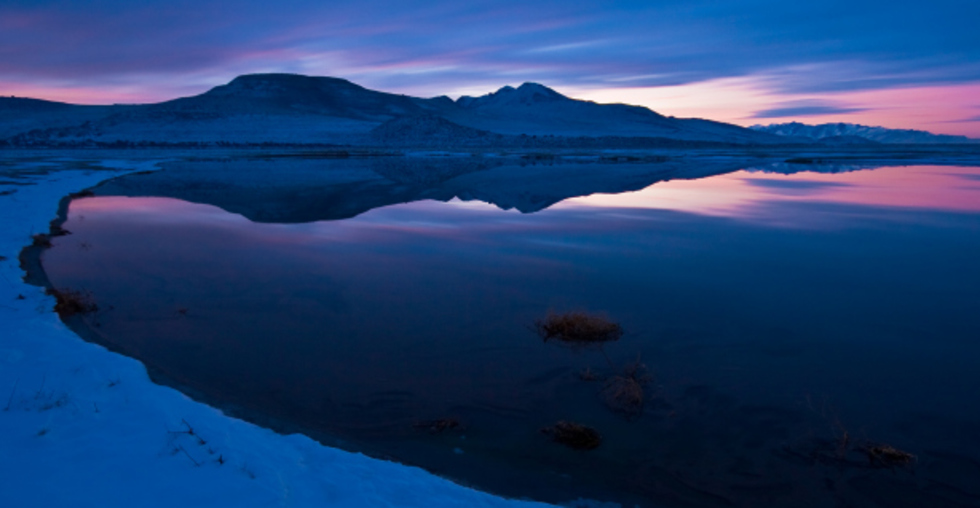 Its your right to find your wellness!

Medical Marijuana as a Treatment for Depression 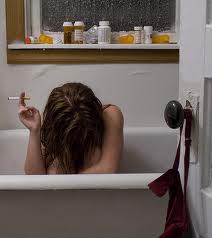 There is evidence that marijuana works for some psychiatric disorders.  Principally depression and bipolar disorder.  Among some people, marijuana is jokingly referred to as "green Prozac”.
"I think cannabis has a lot of potential in the treatment of mental illness," says Lester Grinspoon, emeritus professor of psychiatry at the Harvard School of Medicine.  He says that it can be an effective treatment for bipolar disorder and depression.  Like any medicine, he cautions, " it will not work for everyone. "   Grinspoon has, over the last three decades, been one of the few psychiatrists willing to speak publicly on " mental marijuana."

Two weeks ago, the Israeli army said it would provide, on an experimental basis, medical marijuana to troops suffering from post-traumatic stress disorder, another mental illness.  Good enough for an army, good enough for me.

The Washington Medical Quality Assurance Commission was petitioned to add mental illness to its list of approved uses of medical marijuana.  The commission denied the request.  It argued that there was no rock-solid scientific evidence that weed worked for mental illness.  The odd thing is that it had approved pot for treatment of Alzheimer's,  Crohn's disease,  chronic pain,  and wasting syndrome based upon –– anecdotal evidence.

Yes…  Clinical depression is a very serious illness.  People with this condition have long-term, often debilitating feelings of sadness and low self-esteem.  There can be suicidal thoughts.  Depression makes ordinary tasks such as going to work, cooking, cleaning, even personal hygiene, very difficult.
Once a doctor has evaluated the symptoms, prescription medications are routinely prescribed.  There are many types of anti-depressant medications: tricyclic antidepressants, MAOs (monoamine oxidase inhibitors), SSRIs (selective serotonin reuptake inhibitors), SNRIs neither (serotonin-nor epinephrine reuptake inhibitors) and a few others.
A very recent analysis published in the Journal of the American Medical Association (Jan 2010) stated that antidepressants are only effective for those with severe depression.  Those patients with mild to moderate depression had no benefits with prescribed medications.  However, these medications are prescribed with alarming frequency to those patients who may not benefit.  Pharmaceutical companies profited $9.6 billion in 2008 on antidepressants alone.  Is it about your health and well-being or about money?
To add insult to injury, the side effects from antidepressants can be serious and unacceptable for many people.  Sometimes the side effects are worse than the symptoms of depression.  Here are some of the side effects for each type of medication:

With many of these medications, there is also, what is called “discontinuation syndrome” – otherwise known to regular people as bad withdrawal!  You cannot just stop most of these types of medications as you can become very ill.  Patients who choose to stop these types of medications find that they must taper the dose with a physician’s supervision or they are unable to stop the medication.
Another very concerning issue regarding these medications is that there is an increased risk of suicide, especially in younger patients.  The jury is still out on this but Great Britain has banned use of antidepressants in those younger than 18, and the FDA now requires all antidepressants to carry a warning that states that they carry an increased risk of suicidal thoughts and behaviors.  Scary!

Medical cannabis has been used for centuries to treat depression.  An English clergyman named Robert Burton stated in 1621 that cannabis was helpful to treat depression.  It was used for depression over 400 years ago in India.  In the 17th century, physicians in England to treat depression prescribed it.  In 1890, a British physician named J.R. Reynolds reviewed the previous 30 years of use of cannabis and determined that cannabis was helpful for depression and other illnesses (asthma, certain forms of epilepsy, nerve pain, painful menstrual cramps, migraines and tics).
More recently, patient surveys show that many people to treat depression with good results are using cannabis.  Many studies also show that patients who have depression because of another debilitating disease, such as cancer, HIV, multiple sclerosis or chronic pain, report less depression symptoms with the use of cannabis.
Researchers have found that low doses of cannabis increased serotonin levels in the brain, which helps to improve mood.  Higher doses of cannabis tended to increase symptoms of depression because the serotonin levels were depleted.  There are many conflicting scientific studies about the use of cannabis for depression.  Many people for depression are using currently medical cannabis, but patients must be careful to use low to moderate doses so as not to cause worsening of symptoms.  If patients find that symptoms are worsening, cannabis usage should be curtailed.  Chronic heavy use of cannabis is not recommended, but in low doses, patients may find the relief they need without the unwanted side effects from conventionally prescribed medicines.  Other treatments in combination with medical cannabis may help to improve results, such as therapy or counseling, exercise, and a healthy diet with natural foods.

According to Fox News, a study showed that at low doses, marijuana is a powerful antidepressant.  However, if an individual uses high doses, the symptoms of depression actually get markedly worse.  When an individual smokes marijuana at low doses, the active ingredient in the plant, THC, increases serotonin, a neurotransmitter that regulates the mood.  The effect is similar to the one achieved by taking SSRI antidepressants such as Prozac.  The study to which Fox referred appeared in the October 24, 2007 issue of The Journal of Neuroscience and used laboratory rats as subjects.  The research was conducted by staff members from McGill University, Le Centre de Recherche Fernand Seguin Hopital in Quebec, and l’Universite de Montreal in the city of the same name.  The researchers injected the rats in the study with a synthetic cannabinoid.  They followed up by testing the animals for so-called “depression” by using a standard technique known as the forced swim test.  When THC is smoked at high dosages, the opposite mental state occurs.  Depression can get worse, and other psychiatric conditions such as psychoses might appear.  During the study, researchers witnessed an antidepressant effect from the cannabinoids.  The neurons that make serotonin and affect mood experienced an increased in activity as well.  Upping the cannabinoid dosage above a certain point, however, obliterated any benefits from the drug.  The link between marijuana and reducing the symptoms of depression is in  the intoxicating effects of the plant.  Scientists believe this is because of the chemical similarity of marijuana and natural chemicals in the brain called  endo-cannabinoids.  The human body releases these substances when it experiences pain or extreme stress.  By utilizing structures known as cannabinoid CB1 receptors, endo-cannabinoids are able to interact with the brain.  Results of the rat study suggest that these receptors directly affect the cells that manufacture serotonin.
Does this mean that if marijuana use were legal in all states, an individual could count on using the plant in some way to relieve depression?  Hardly.  Probably the biggest reason is that it is so difficult to control the dosage of natural marijuana.  This is particularly true when it is smoked; perhaps the only practical way to use it is as an antidepressant.  The greatest value of this study might be that it suggests that excessive use of cannabis by people who are already depressed could result in psychosis.  If the medical community ever recognizes the plant as a legitimate treatment for depression, patients will still face the hurdle of getting their hands on it.  According to ProCon.org,  Fourteen states have approved the use of medical marijuana.  All 14 states require proof of residency to be considered a qualifying patient for medical marijuana use.

Although a variety of drugs are available for the treatment of depression,  therapy is not effective in all cases and so finding alternative options is desirable...

Reports  by patients using cannabis and observations from clinical studies where cannabinoids were used , suggest an anti-depressive potential for the use of medical marijuana.

From 2003 to 2006,  A study with 75 patients suffering from depression, stress and burnout syndrome were successfully treated in a practice for general medicine with the cannabis ingredient Dronabinol, alone and in combination with other antidepressants.  The results of the study suggested that Dronabinol has an antidepressant potential.
Science Daily (Oct. 24, 2007) — A new neurobiological study has found that a synthetic form of THC, the active ingredient in cannabis, is an effective anti-depressant at low doses.  However, at higher doses, the effect reverses itself and can actually worsen depression and other psychiatric conditions like psychosis.

It has been known for many years that depletion of the neurotransmitter serotonin in the brain leads to depression, so SSRI-class anti-depressants like Prozac and Celexa work by enhancing the available concentration of serotonin in the brain.  However, this study offers the first evidence that cannabis can also increase serotonin, at least at lower doses.

Laboratory animals were injected with the synthetic cannabinoid WIN55, 212-2 and then tested with the Forced Swim test -- a test to measure "depression" in animals; the researchers observed an antidepressant effect of cannabinoids paralleled by an increased activity in the neurons that produce serotonin.  However, increasing the cannabinoid dose beyond a set point completely undid the benefits, said Dr. Gabriella Gobbi of McGill University.
"Low doses had a potent anti-depressant effect, but when we increased the dose, the serotonin in the rats' brains actually dropped below the level of those in the control group.  So we actually demonstrated a double effect:  At low doses it increases serotonin, but at higher doses the effect is devastating, completely reversed."
The anti-depressant and intoxicating effects of cannabis are due to its chemical similarity to natural substances in the brain known as "endo-cannabinoids”, which are released under conditions of high stress or pain, explained Dr. Gobbi.  They interact with the brain through structures called cannabinoid CB1 receptors.  This study demonstrates for the first time that these receptors have a direct effect on the cells producing serotonin, which is a neurotransmitter that regulates the mood.
Dr. Gobbi and her colleagues were prompted to explore cannabis' potential as an anti-depressant through anecdotal clinical evidence, she said.  "As a psychiatrist, I noticed that several of my patients suffering from depression used to smoke cannabis.  In addition, in the scientific literature, we had some evidence that people treated with cannabis for multiple sclerosis or AIDS showed a big improvement in mood disorders.  But there were no laboratory studies demonstrating the anti-depressant mechanism of cannabis."
Because controlling the dosage of natural cannabis is difficult -- particularly when it is smoked in the form of marijuana joints -- there are perils associated with using it directly as an anti-depressant.

"Excessive cannabis use in people with depression poses high risk of psychosis," said Dr. Gobbi.  Instead, she and her colleagues are focusing their research on a new class of drugs, which enhance the effects of the brain's natural endo-cannabinoids.

"We know that it's entirely possible to produce drugs which will enhance endo-cannabinoids for the treatment of pain, depression and anxiety," she said.

The study,  published in the October 24 issue of The Journal of Neuroscience,  was led by Dr. Gabriella Gobbi of McGill University and Le Centre de Recherche Fernand Seguin of Hôpital Louis-H.  Lafontaine affiliated with l'Université de Montréal.  First author is Dr. Gobbi's McGill PhD student Francis Bambico, along with Noam Katz and the late Dr. Guy Debonnel* of McGill's Department of Psychiatry.

For more details, contact our team and order our product catalog.

Get Social with Us.